Hsinchu, Taiwan – Mar 23, 2022 – Emotet first appeared in 2014. Its activity ceased in early 2021 after the takedown coordinated by Europol and Eurojust. Unfortunately, the new Emotet malware returned in November 2021 with the help of TrickBot.

It is observed that the new Emotet malware grows steadily since then. Over 2.7 million cases of Emotet malware are detected globally so far. According to the threat analysis report of Black Lotus labs, Emotet malware is more popular in Japan, India, Indonesia, Thailand, South Africa, Mexico, United States, China, Brazil and Italy.

Emotet malware is sent as an email with an encrypted zip attachment. It is tax season in US currently. Multiple phishing campaigns send out Fake IRS (Internal Revenue Service) emails. Actually those fake emails are Emotet malware.

The above is the popular form of Emotet malware in US now. For the Emotet malware sample Lionic collected from Japan, the form is the password-encrypted zip with Excel file inside. And the Excel file contained malicious macros.

As mentioned previously, Emotet malware is sent as an email with an encrypted zip attachment. The email body looks like a normal email which mentioned the password of the attached encrypted zip file.

Once users decompress the encrypted zip by using the password written in the email body, they will obtain a Microsoft Excel file usually. Most people do not aware that an Excel file is possibly to be a malware and open it.

The malicious macros inside the Excel file will download the Emotet backdoor. And then it is loaded into memory directly or by using PowerShell.

Once loaded, the Emotet backdoor will search for and steal emails to use in future phishing campaigns and drop additional payloads such as TrickBot or Qbot that commonly lead to ransomware infections.

“Emotet hiding in encrypted zip is so tricky.” said Lionic security researcher Marcus Deng. “It exploits people’s habits and is hard to discern, much as Emotet forces people to play the game of Minesweeper.”

Lionic Security Research Team was brainstorming together. Finally the obstacle of extracting signature from the Emotet encrypted zip file is overcome. The special Anti-Intrusion rules for blocking Emotet malware in email are implemented in several hours, although with some limitations. This is probably the best solution under the unmodified firmware. Meanwhile, Lionic members are working hard to build the long term solution involving firmware upgrade.

Pico-UTM has the Lionic Security Technology inside. It can block all known Emotet backdoor URLs now. That is, the Emotet downloader malware is blocked indirectly. At least the Emotet malware is unable to bring you any damages at this moment because the real bad guy is not downloaded. 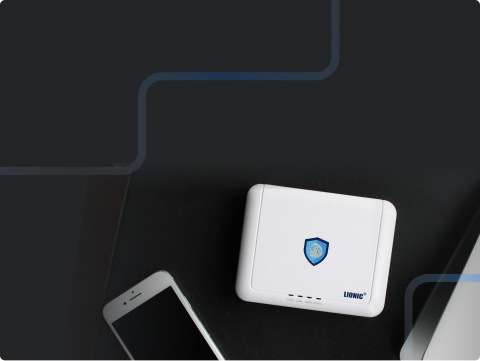 Secure and Manage Your Network